This Vancouver Island white-tailed ptarmigan in summer plumage is well-camouflaged against the rocky terrain in the Beaufort Range.

In winter, the white plumage provides excellent concealment around the snow. This bird sports identifying leg bands – colour bands to be seen from a distance, and a BC Ministry of Environment numbered metal band.

Across Vancouver Island, birds were caught with a noose pole, banded, measured and released. Some birds were equipped with a radio transmitter, and tracked during the winter on foot or by helicopter. 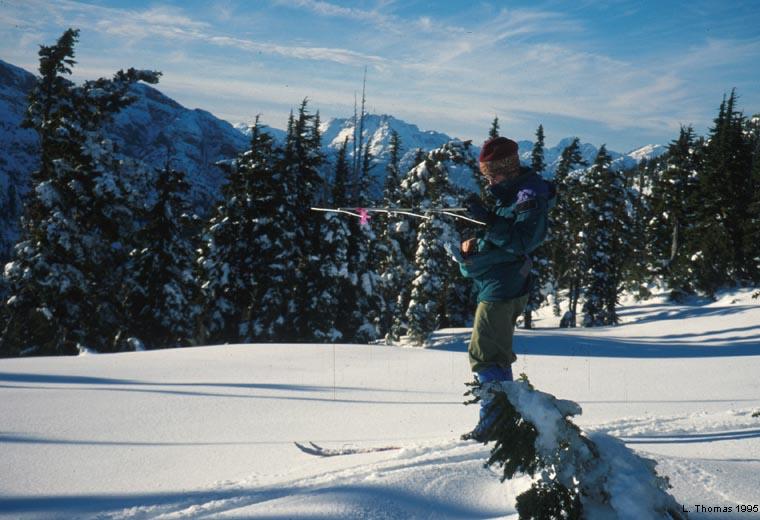 This is Mount Albert-Edward, east of Buttle Lake in Strathcona Provincial Park. The core of the Vancouver Island ptarmigan populations and the most extensive alpine habitats occur here.

In summer, birds used true alpine habitat, such as this bird at the very top of Golden Hinde, the highest point on Vancouver Island. In winter, birds moved into lower elevations. We found birds on the sides of mountains, and some birds moved into subalpine parkland habitat.

For more information about our work on Vancouver Island White-tailed Ptarmigan, see the reports page. 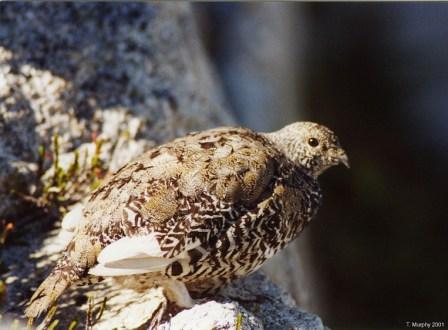